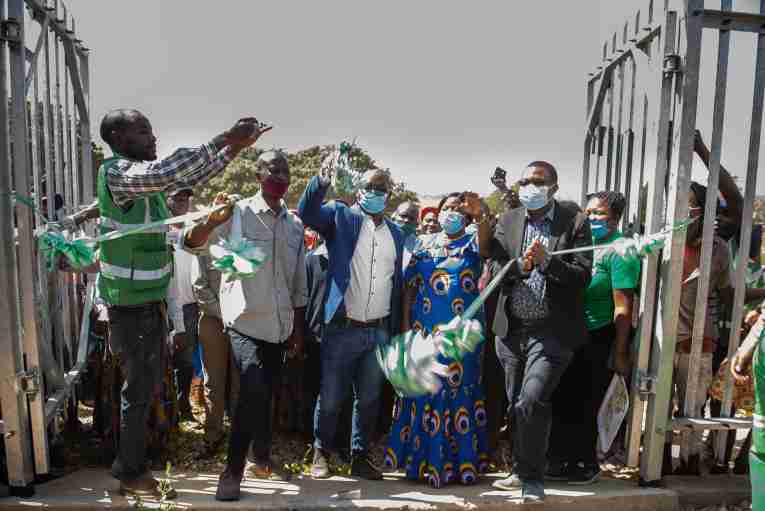 Last week a revelation was made from Zambia’s technology institution ZICTA ranking Zamtel network as the best in terms of quality service. Sure this could come from recent transformation Zamtel has made both in infrastructure, information dispensation, product delivery and customer care.

Zamtel network has been ranked as the best network in terms of quality of Service by the Zambia Information and Communications Technology Authority (ZICTA).

This is contained in the ZICTA’s latest report on Quality of Service (QoS) for Mobile Network Operators.

Zamtel Head Corporate Affairs and Government Relations Reuben Kamanga said the telecommunication company has worked hard to improve the quality of service to its customers.

Mr. Kamanga also announced that Zamtel is now the network with the largest footprint in the country

as it continues to roll out more networks.

Mr Kamanga was speaking on Tuesday at the launch of Ndoka communications tower in Kalabo, Western Province.

“So far 717 new sites have been rolled out in different parts of the country and the remaining sites are planned for completion before end of this year,” he said.

Mr Kamanga said in Kalabo district, Zamtel has added four new sites bringing the total sites in Western Province to 74 while an additional 48 sites will be added across the province before end of the year.

He said Zamtel recognizes that western Province has potential to grow in many sectors of the economy.

He said the construction of towers will help farmers and the business community to expand their portfolios.

“Zamtel has noted massive potential that Western Province has especially in the area of Rice production, tourism and fishing. The coming of infrastructure such as communication towers will help realise this potential,” Mr Kamanga said.

He also said farmers would be able to communicate with buyers of fish in larger markets such as Lusaka.

“Farmers can now receive payments for produce via Zamtel Kwacha which is convenient and secure payment option and helps reduce cash handling risks.

“This infrastructure will help create new business opportunities for the people of Ndoka and surrounding areas,” Mr Kamanga said.

“Today we are witnesses to the fulfilment of a promise to connect all parts of Kalabo. Government is walking the talk in the development of Information Communication Technology (ICT),” Mr Kafwaya said.

He said his Ministry was committed to the provision of affordable and reliable communication services across the country in a manner that leaves no one behind.

Zamtel goes to the community, opens the first mini service centre in Chawama