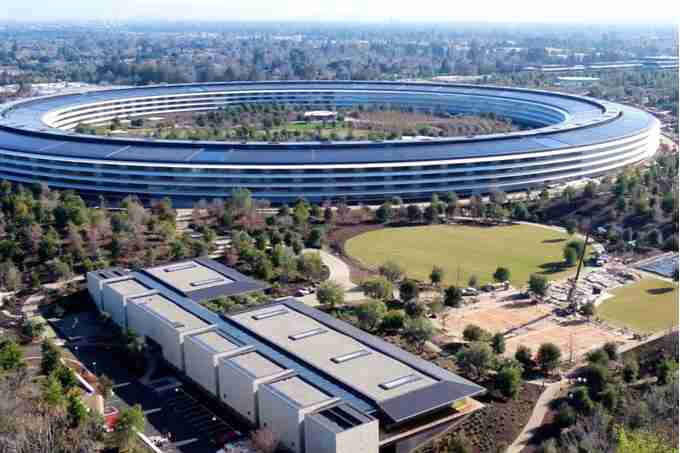 According to Wikipedia Apple Park is the corporate headquarters of Apple Inc., located at One Apple Park Way in Cupertino, California, United States.

It was opened to employees in April 2017, while construction was still underway. Its research and development facilities are occupied by more than 2,000 people. It superseded the original headquarters at 1 Infinite Loop, which opened in 1993.

Apple Park is impressive with a ring-shaped circular design that makes you remember the Star Trek saucer. Perhaps Star Trek is a source of impression for Apple Inc. Remember the handheld tablet computers way back when the Lieutenant Commander Geordi Laforge used Personal Access Data Devices or PADDs) to punch in coordinates for the next star system?

Well we now have the iPad.

Apple’s spaceship headquarters is estimated to cost $5 Billion dollars thats more than 90 billion kwacha. The building has a circumference of 1.6 kilometers and houses more than 14,000 staff.