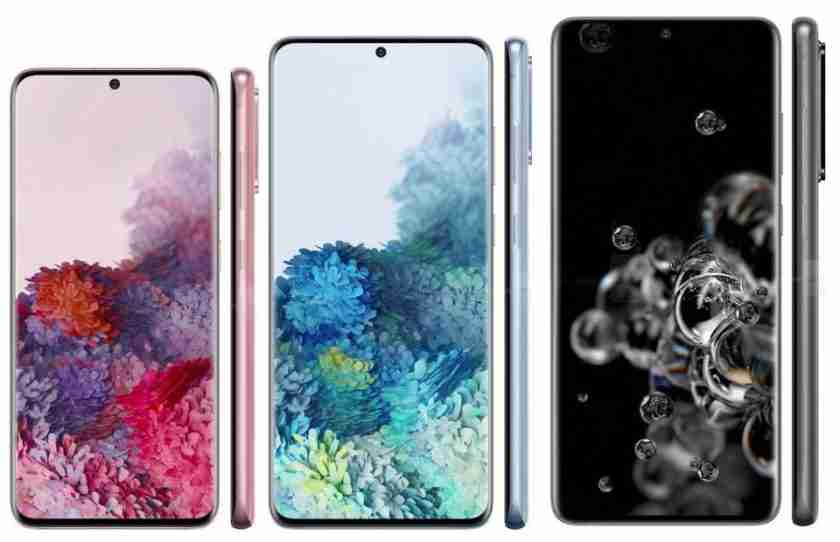 Samsung Galaxy S20 was announced in February 2020 and pre-orders in Zambia Africa begin on 21st February 2020.

The new Samsung phone was unveiled with choices arriving at 3 variants of Galaxy S20, S20+ and S20 Ultra 5G. But available colors for preorders on S20 Ultra 5G are limited to Cosmic gray and Cosmic black. The display size range from 6.2 on S20 through S20+ at 6.7 inches to the ultimate 6.9 inches for S20 Ultra 5G.

It is also a massive leap forward in resolution and zoom for mobile photography. Galaxy S20 high resolution comes at 108MP for the Ultra 5G and 64MP for the S20 and S20+ 5G. According to Samsung such resolution can allow, for the first time ever, to pinch in to capture details you’ve never seen before.

On the video camera, the new Galaxy is equipped with 8K video power recording and display. Galaxy S20 5G’s resolution jumped from 4K to 8K—meaning its 4 times bigger than UHD and 16 times bigger than HD.  Additionally, the Galaxy S20 camera features what Samsung calls Single Take.

“This is burst mode on beast mode. Single Take’s AI captures up to 10 seconds in a variety of still and video formats with one tap, so you can focus on getting the best shot in the moment without worrying about how you’re capturing it”

The bad news is that the new Galaxy S20 has registered a price increase. S10+ was fetching at $999 and in Zambian Kwacha that was around 12-13,000 kwacha. New prices are

What will be the Galaxy S20 price in Zambia? With the falling value of the kwacha against the dollar, this means the Galaxy S20 Ultra 5G will fetch way around 20,000 kwacha ($1,399usd) a price for a decent used car or buying a medium-sized plot.

The Galaxy S20 might fetch around 15,000 Kwacha ($999usd) and the medium Galaxy S20+ must look to nithing less than 17,500 kwacha ($1,129usd). But unlike iPhone, Samsung Galaxy phones’ price drops quickly even within 6 months from the release date. This is where most Zambians will look to afford the new Samsung Galaxy

For a detailed comparison check this link at Samsung