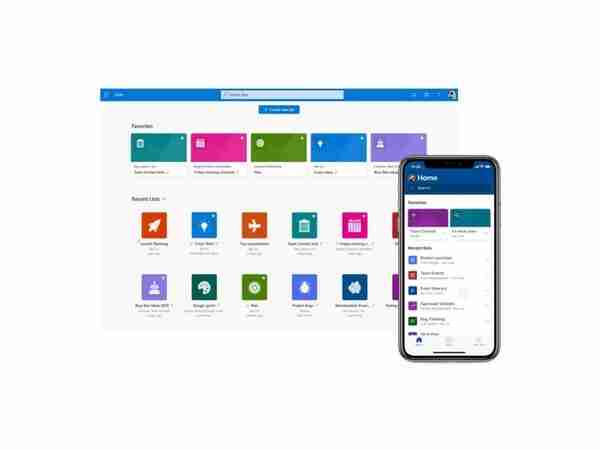 Microsoft Lists is a Microsoft 365 app that helps you track information and organize your work. Noticeably it comes in as Microsoft Lists home (web) and mobile app. From there you can create new lists, share and access recent and favorite lists in one location.

Also to note is Microsoft Teams ♥ Microsoft Lists – where you can create a new list or embed an existing list directly in a Teams channel – combining lists with side-by-side.

You can expect to see Lists home later this summer on the web and the Lists mobile app later this year. According to Microsoft News From Build 2020 targeted release in late July and complete for all by mid-October 2020.

So, Microsoft Lists will help you organize, collaborate, and share. You can quickly start a list from scratch or get inspired by ready-made templates. View your recently accessed lists no matter where they are stored and favorite lists that need quick access.

To get there, you’ll click the Lists icon within the Microsoft 365 app launcher (aka, the “waffle”).

What can users do on Lists?

How to clear browser cache in Internet Explorer, Edge, Firefox, Safari, and Chrome

Most Zambian Websites Will Be Affected by Chrome 68 Starting Today

How to get the best results from Google search

The Power Of the Galaxy Note20 S Pen Video